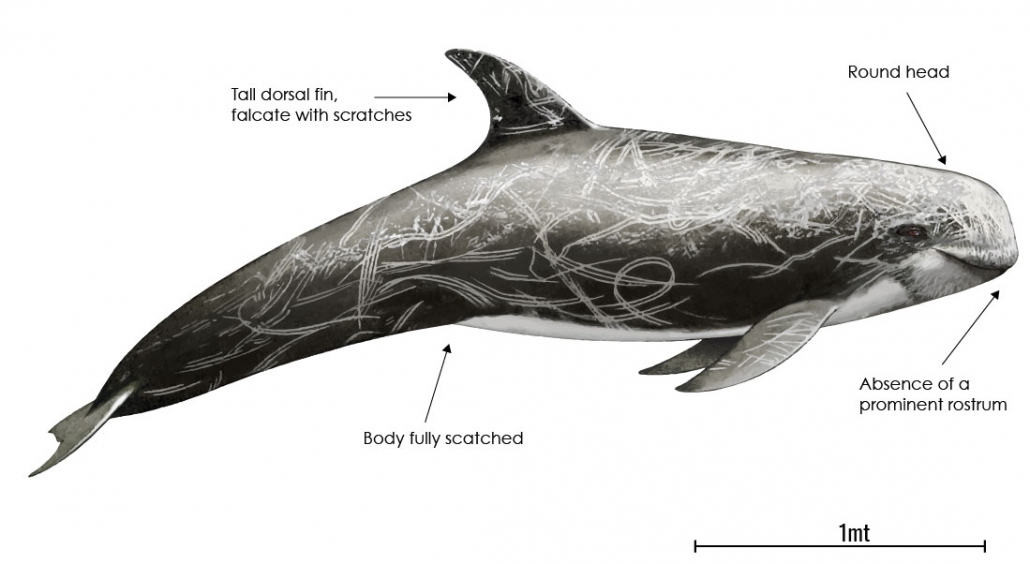 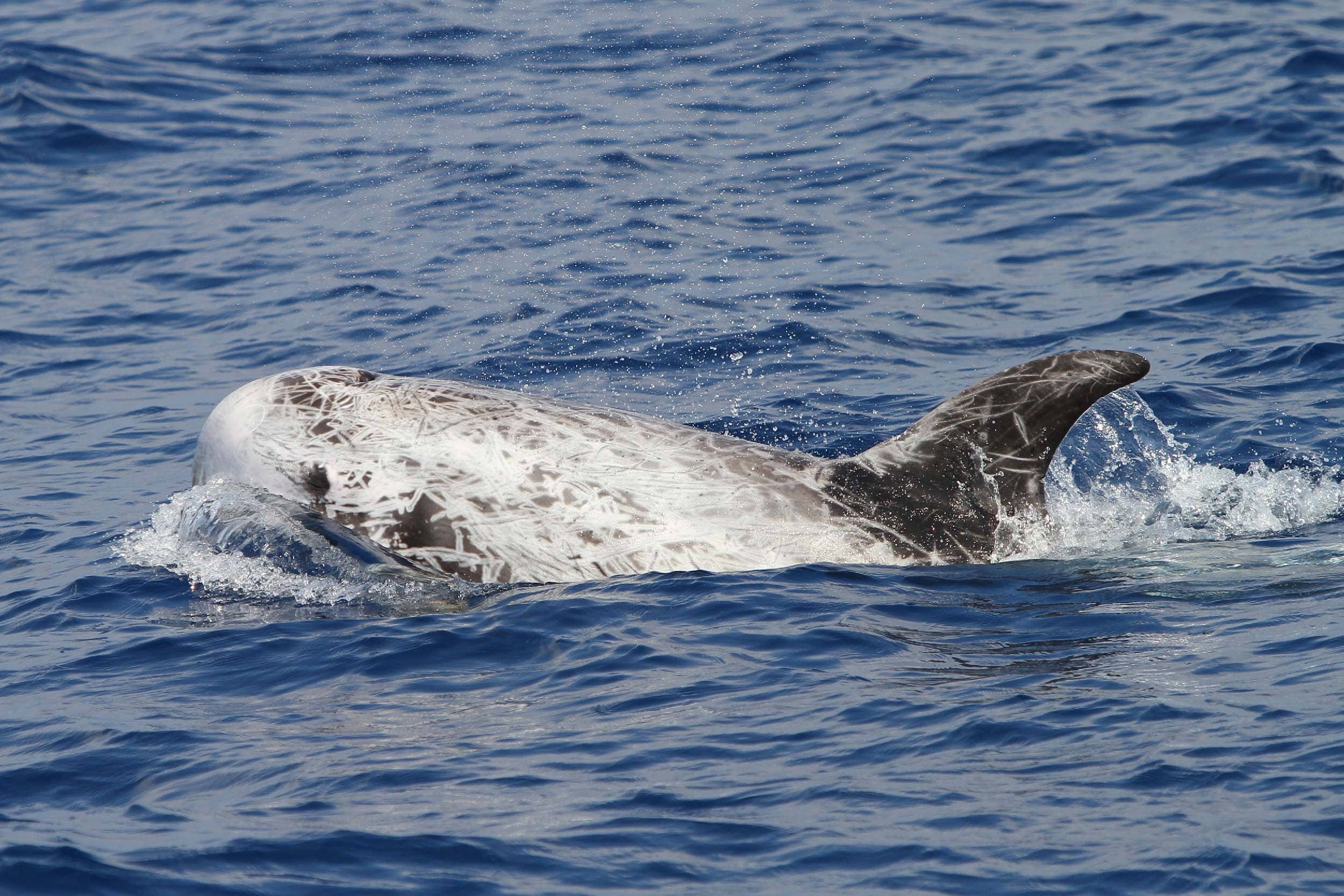 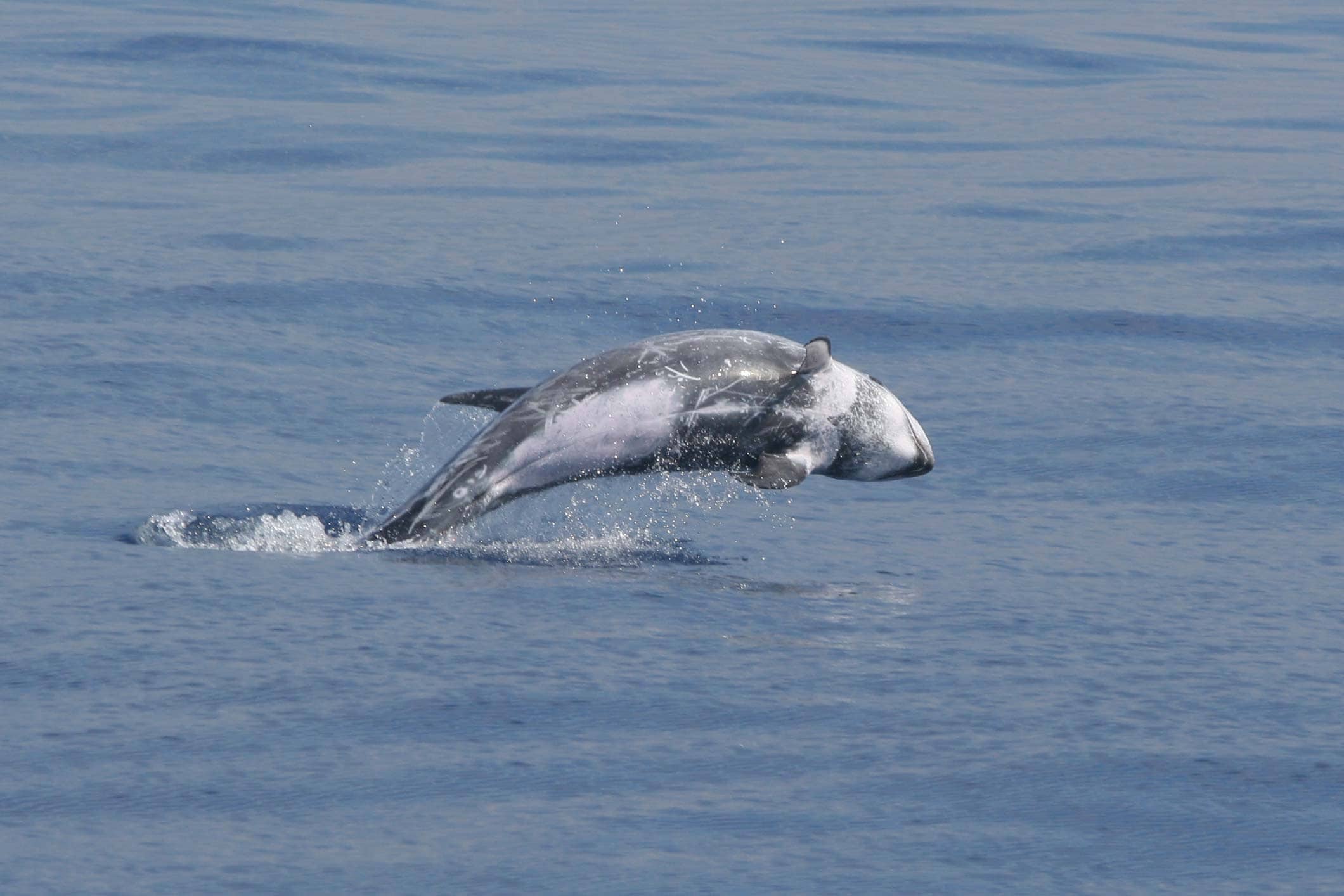 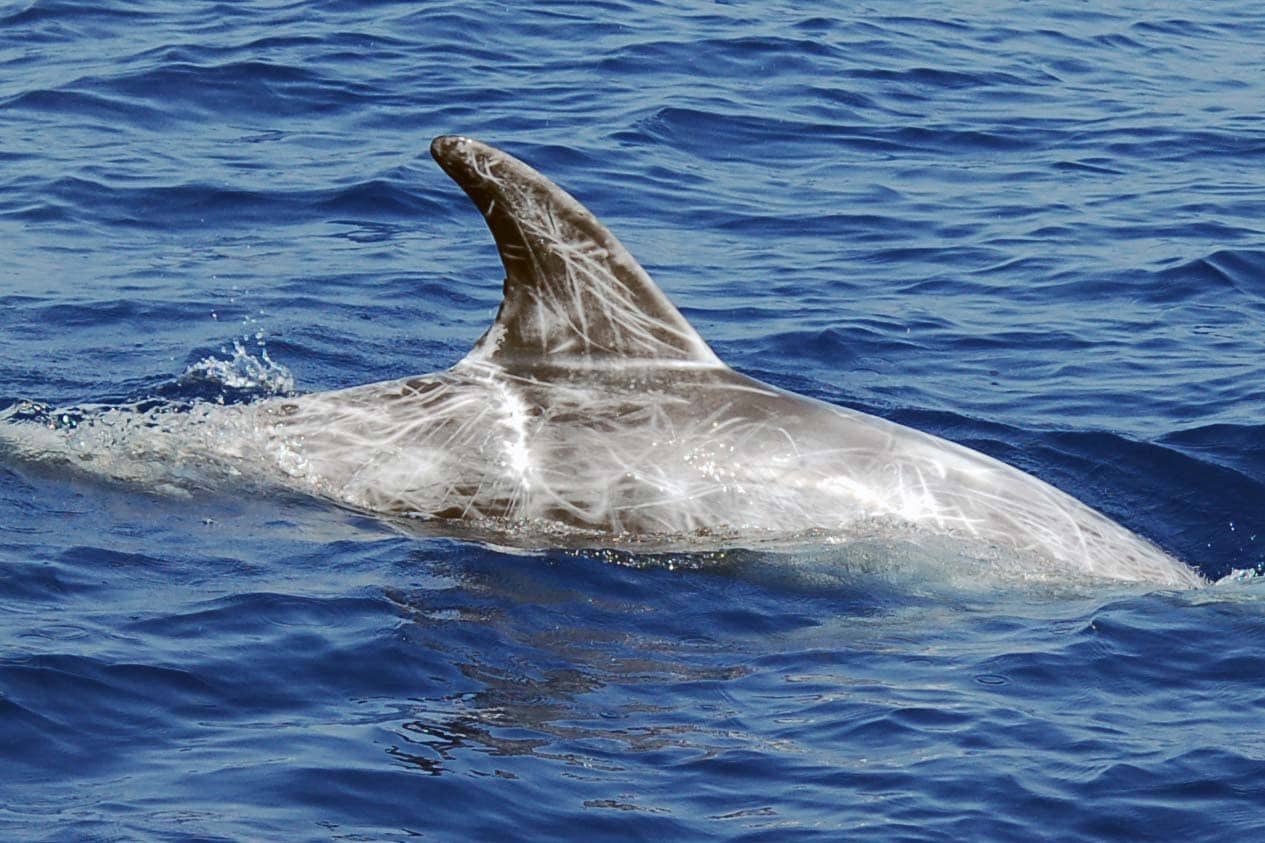 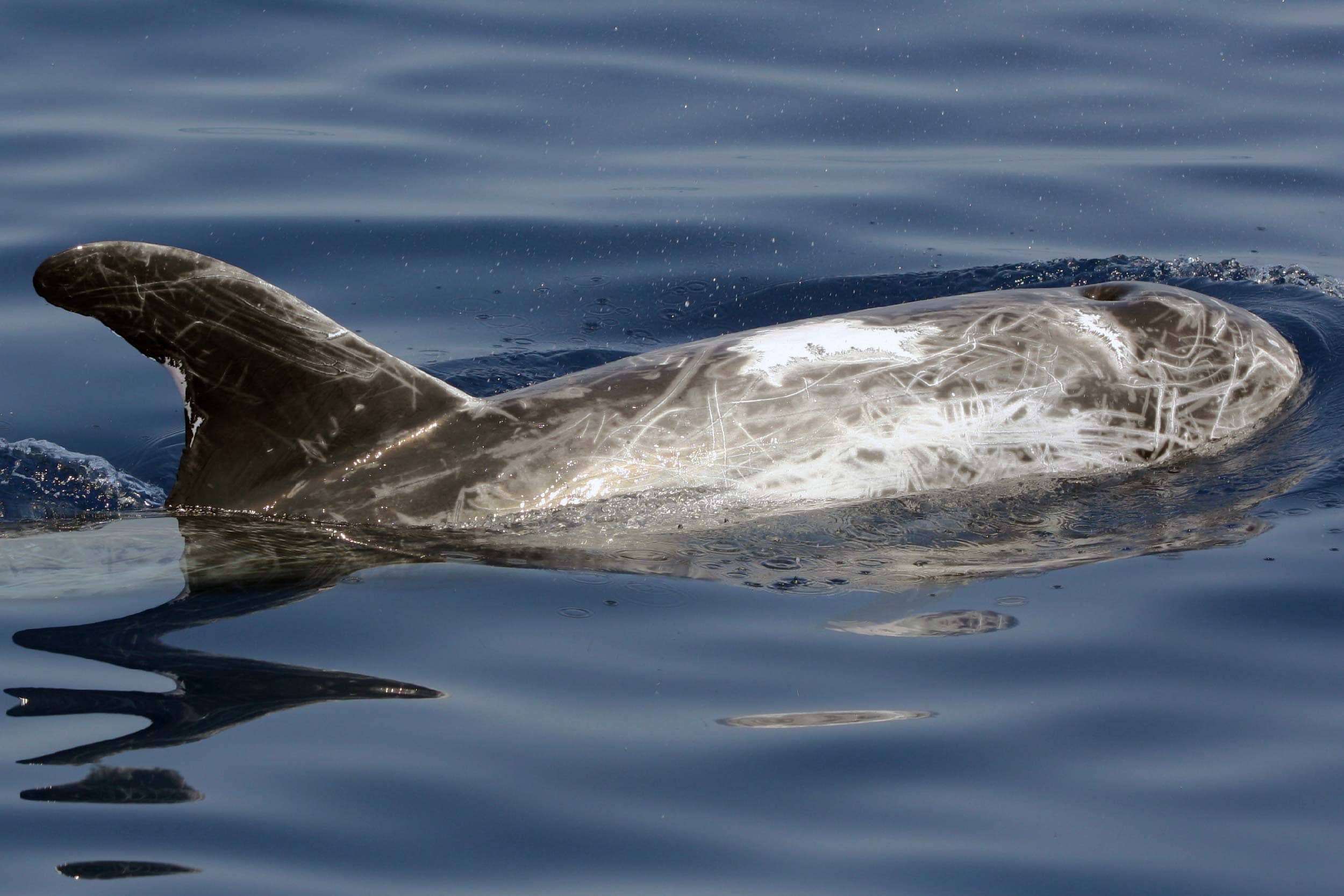 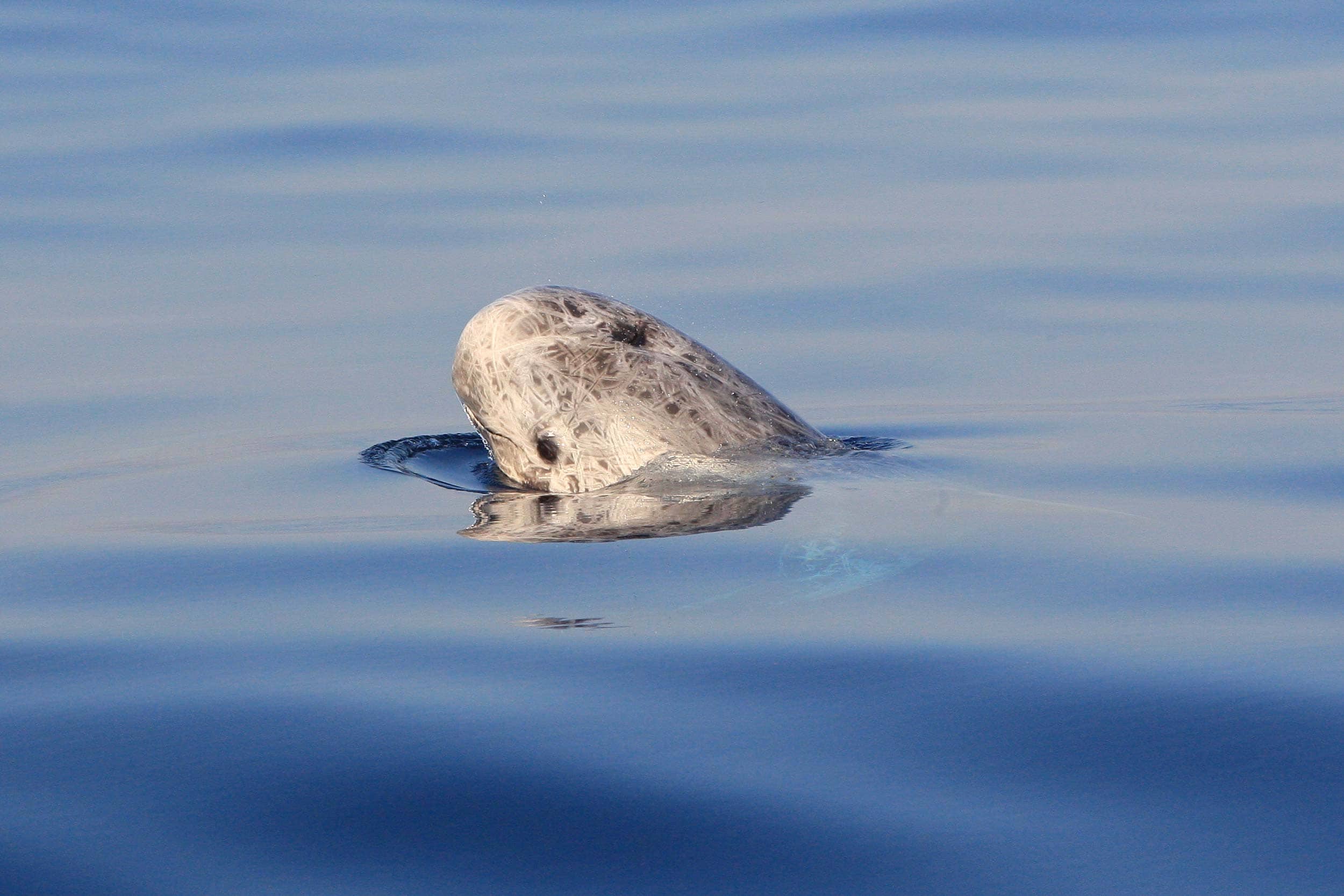 The Risso’s dolphin is the largest dolphin species regularly occurring in the Greek Seas. It has a robust, stocky body and a tall, falcate (curved) dorsal fin. The melon (forehead) is blunt and bulbous with a unique V-shaped crease running from the upper lip to the blowhole. This species has no prominent beak and just two to seven pairs of teeth in the lower jaw. Adult Risso’s dolphins can measure up to 3.8 metres in length, their body mass can reach 500 Kg and can live for more than 30 years. The colour pattern varies greatly between individuals, and with age. Calves are born grey, but turn darker grey to dark brown as they become juveniles. As they age, the skin tone lightens to silvery-grey in some cases and the body is increasingly covered with scratches and scars inflicted by other Risso’s dolphins and prey species such as squid. Risso’s dolphins are observed mainly in the slope habitat, but also close to the coast and over the Aegean plateau, like in the Cyclades.

The main known threat to Risso’s dolphins in the Mediterranean is entanglement in high-seas driftnets and longlines, followed by disturbance and ingestion of plastic debris. 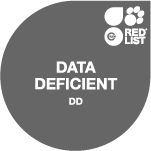