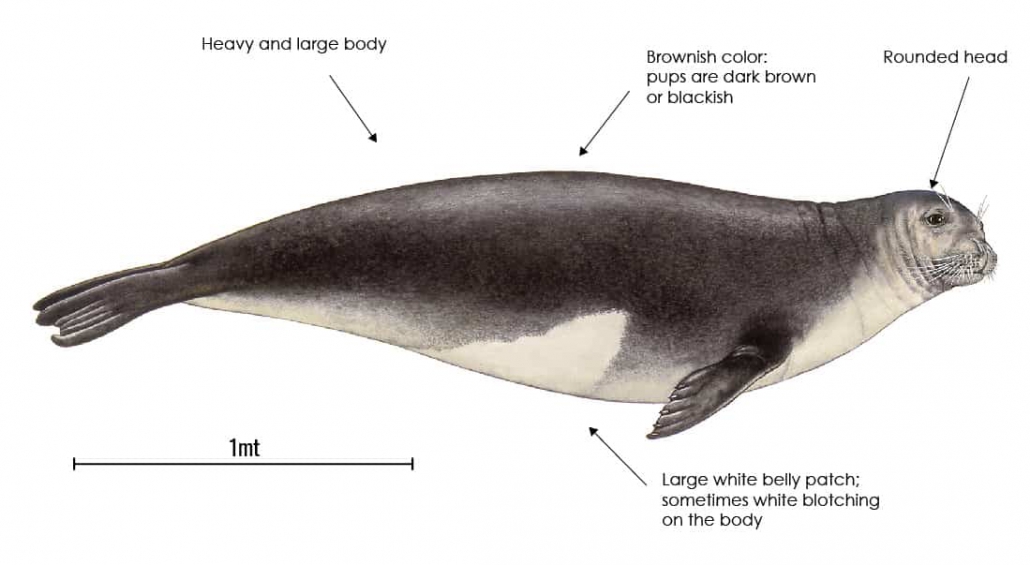 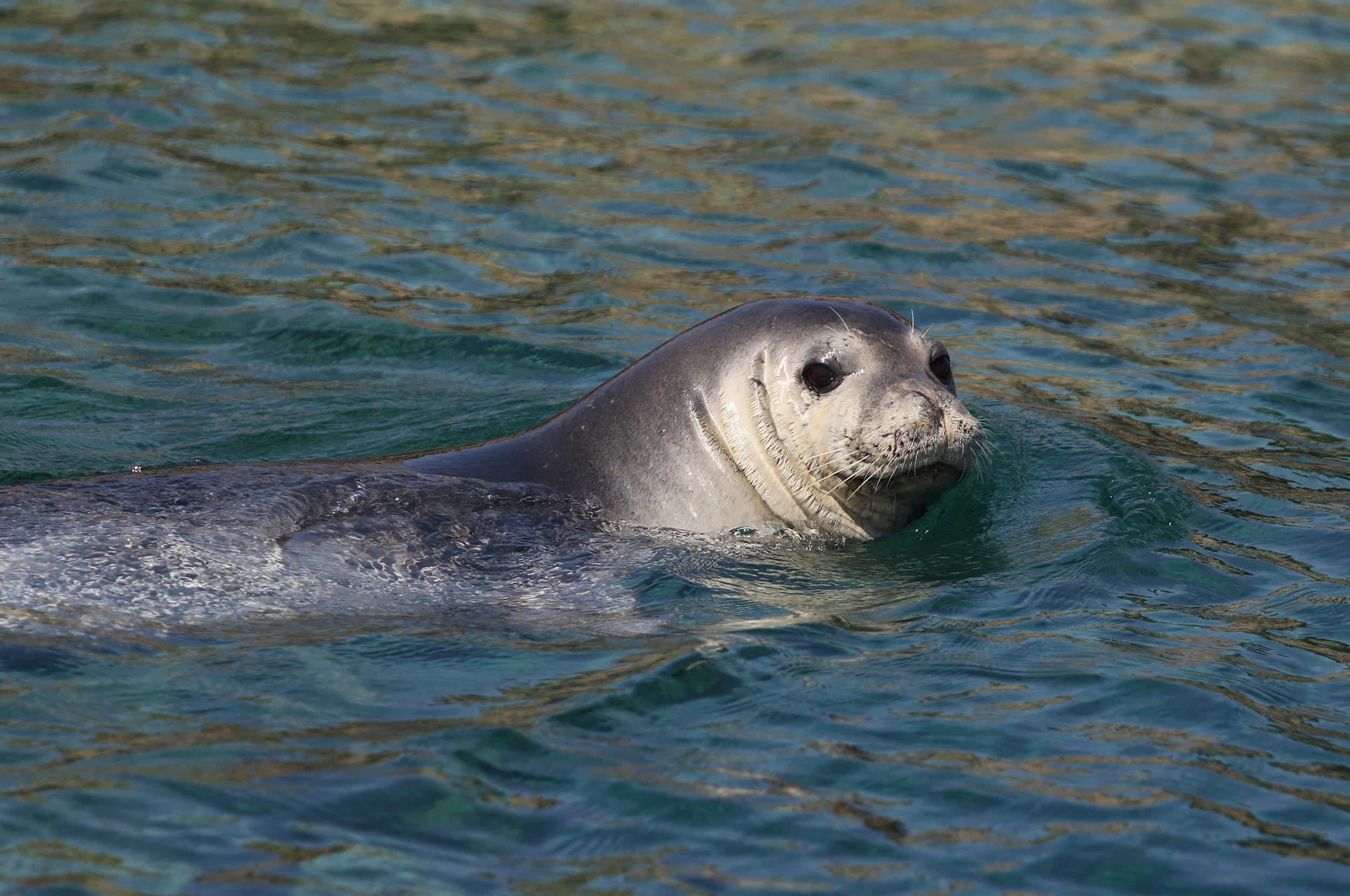 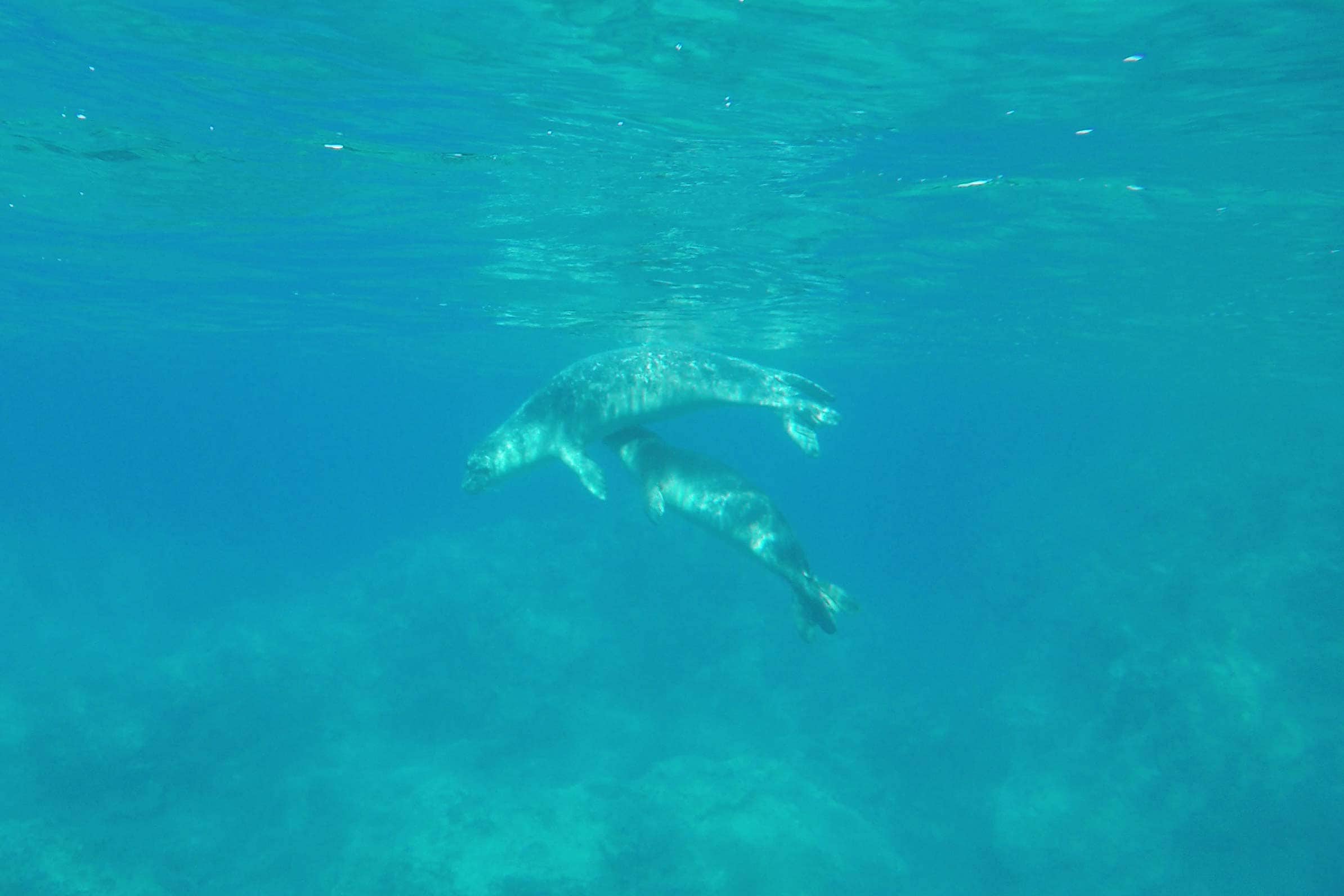 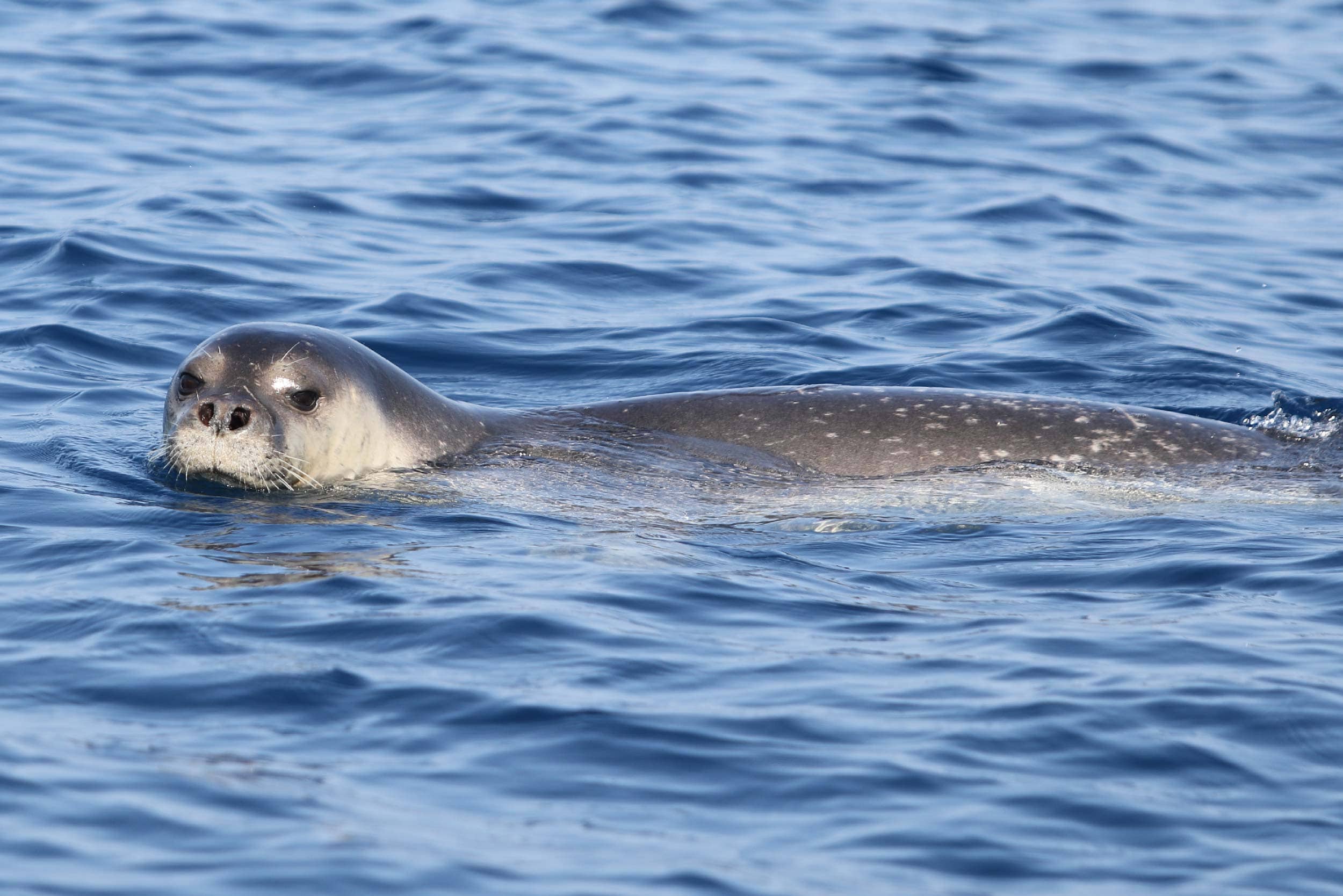 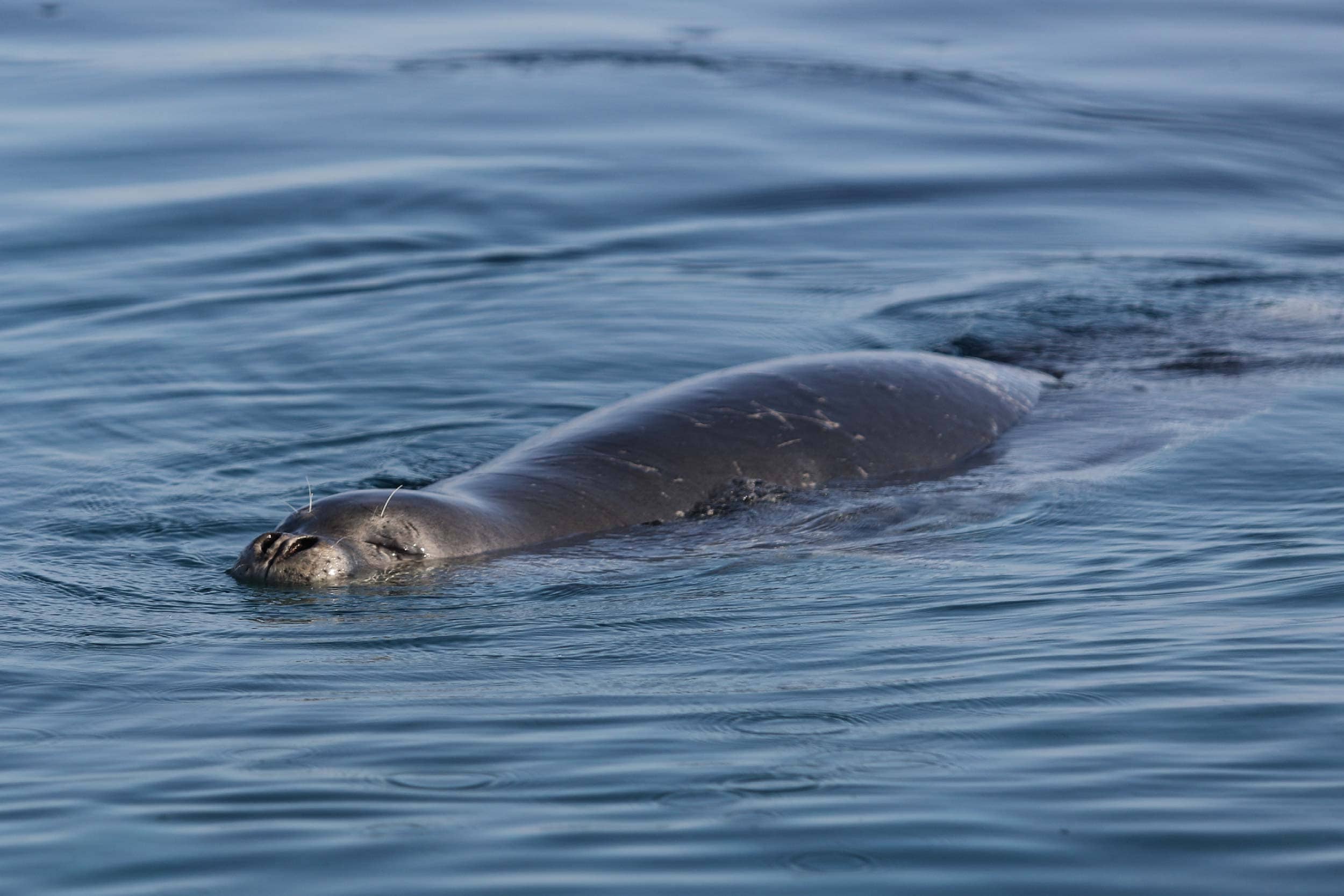 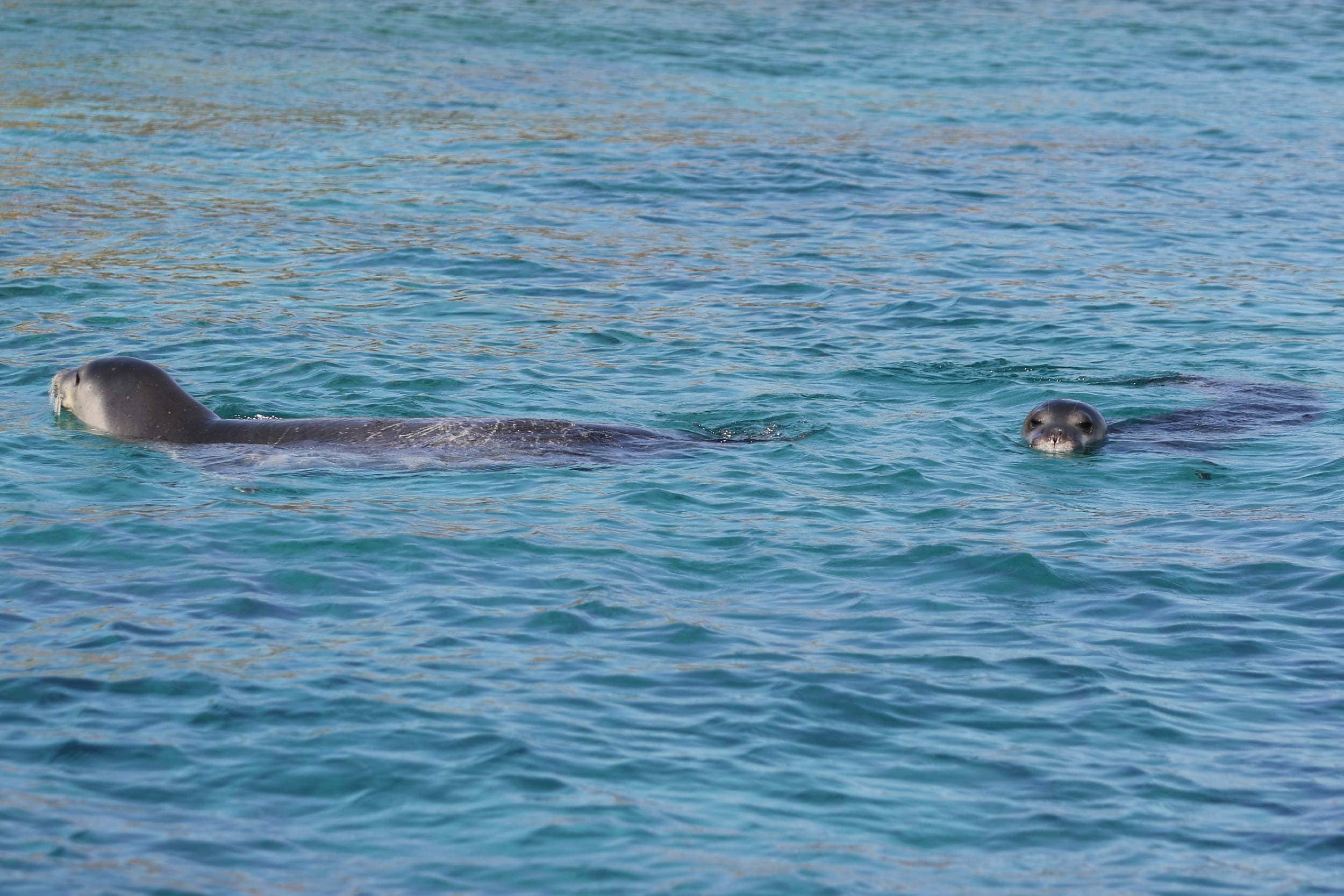 This species of seal grows from approximately 80 centimetres long at birth up to an average of 2.4 metres as adults. Males weigh an average of 320 kilograms and females weigh 300 kilograms, with overall weight ranging from 240–400 kilograms. They are thought to live up to 45 years old; the average life span is thought to be 20 to 25 years old and reproductive maturity is reached at around age four.The monk seals’ pups are about 1 metre long and weigh around 15–18 kilograms, their skin being covered by 1–1.5 centimeter-long, dark brown to black hair. On their bellies, there is a white stripe, which differs in color and shape between the two sexes. In females the stripe is usually rectangular in shape whereas in males it is usually butterfly shaped. This hair is replaced after six to eight weeks by the usual short hair adults carry.Pregnant Mediterranean monk seals typically use inaccessible undersea caves while giving birth, though historical descriptions show they used open beaches until the 18th century. There are eight pairs of teeth in both jaws.Believed to have the shortest hair of any pinniped, the Mediterranean monk seal fur is black (males) or brown to dark grey (females), with a paler belly, which is close to white in males. The snout is short broad and flat, with very pronounced, long nostrils that face upward, unlike their Hawaiian relative, which tend to have more forward nostrils. The flippers are relatively short, with small slender claws. Monk seals have two pairs of retractable abdominal teats, unlike most other pinnipeds. 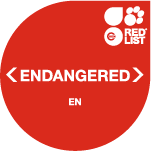