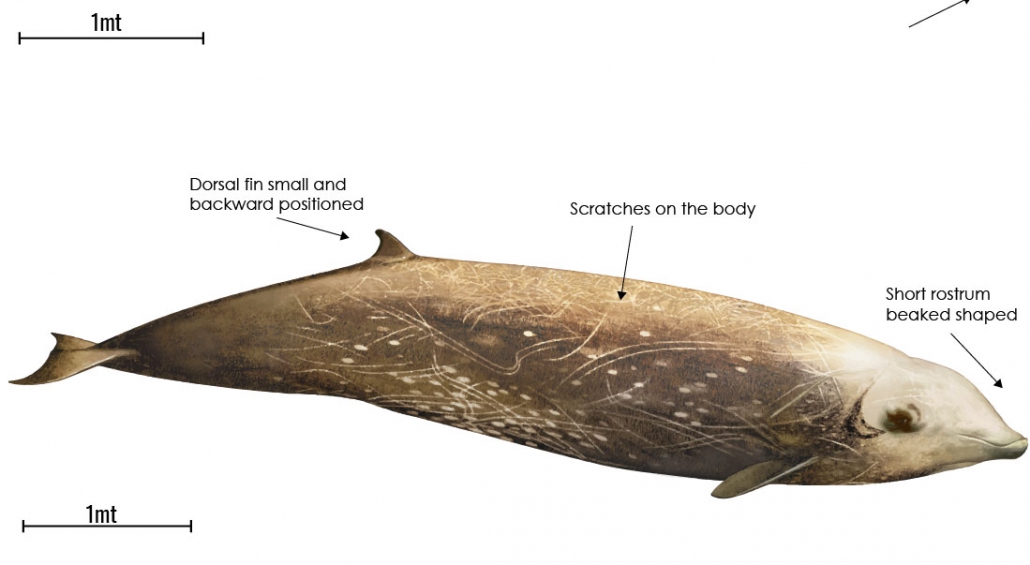 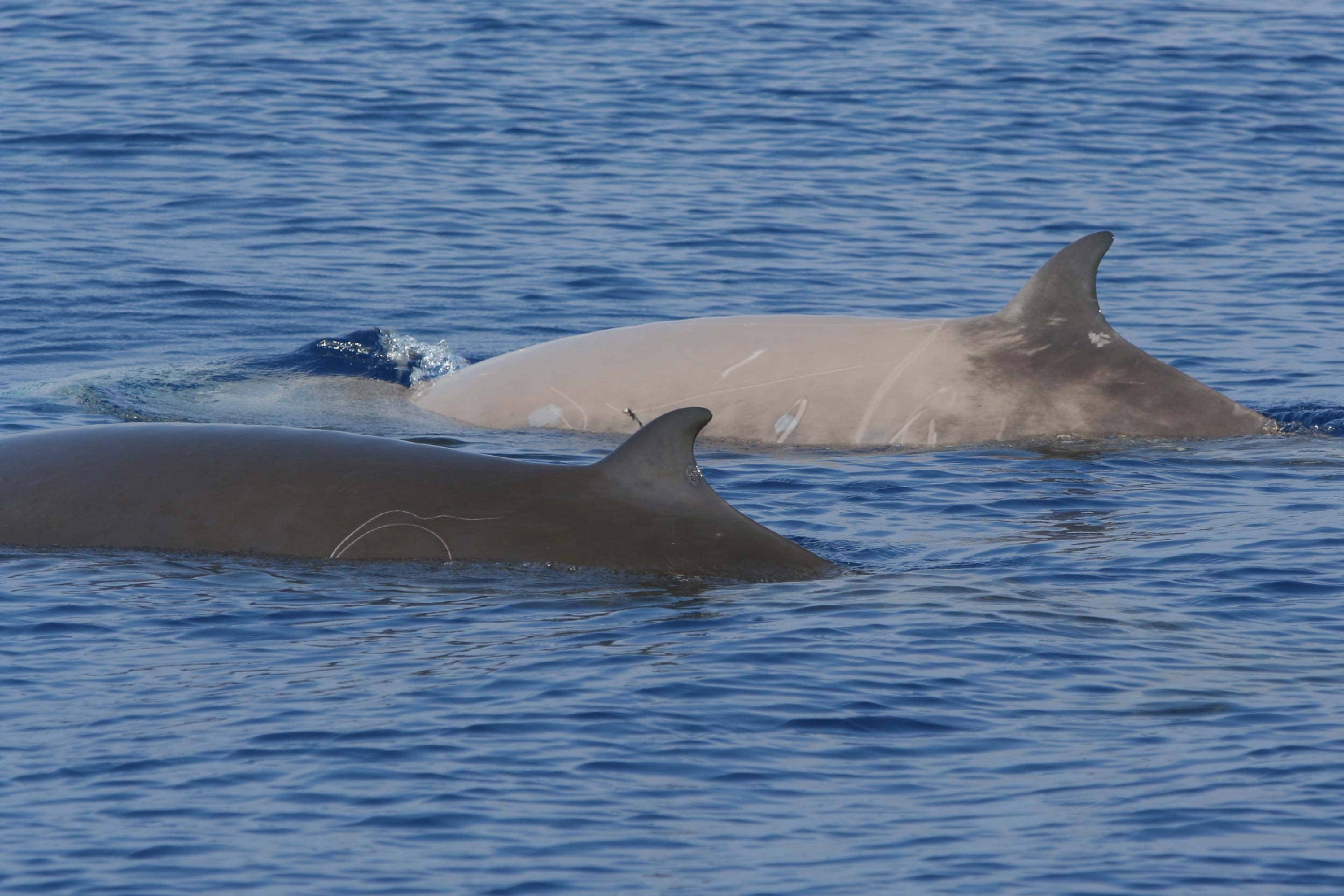 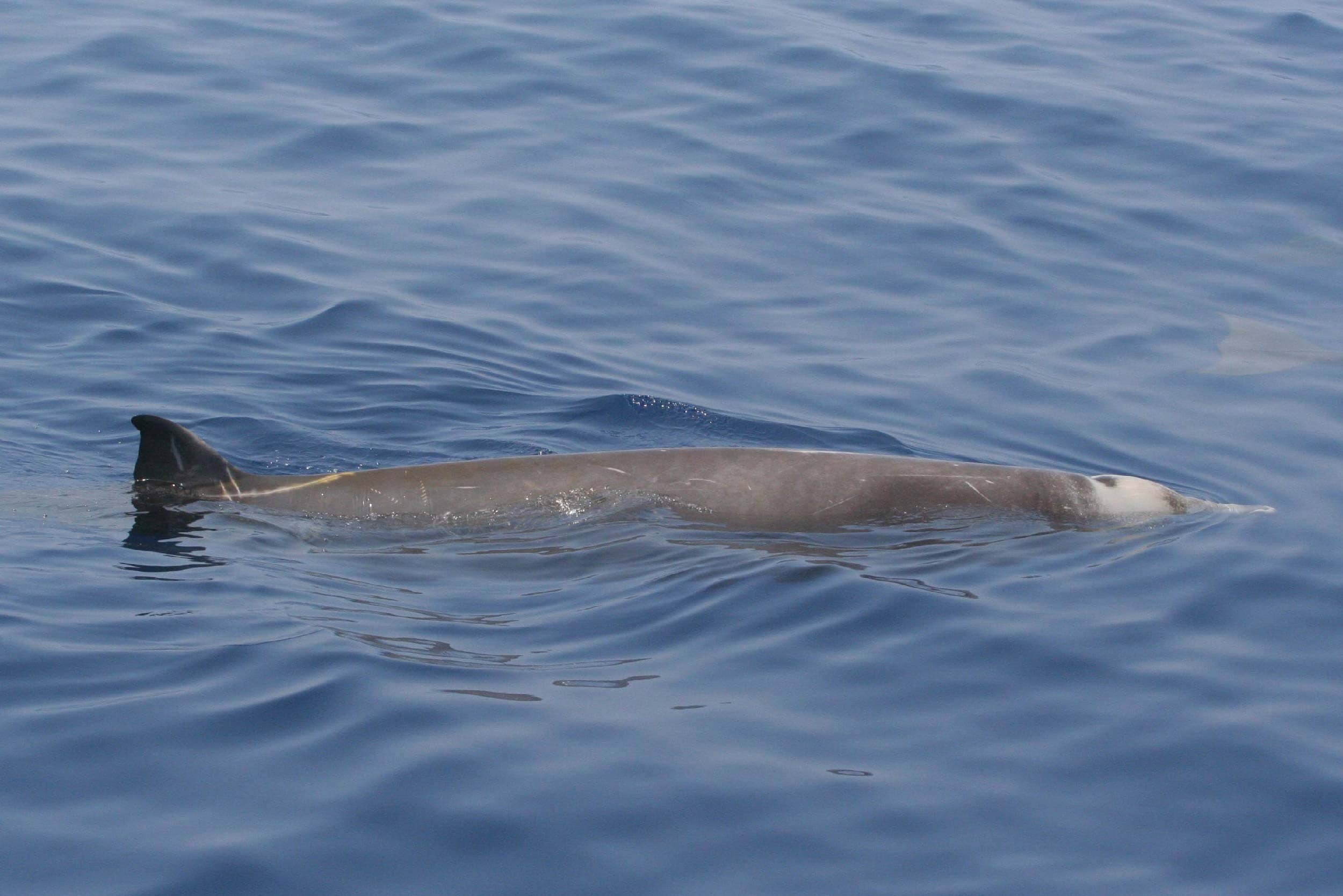 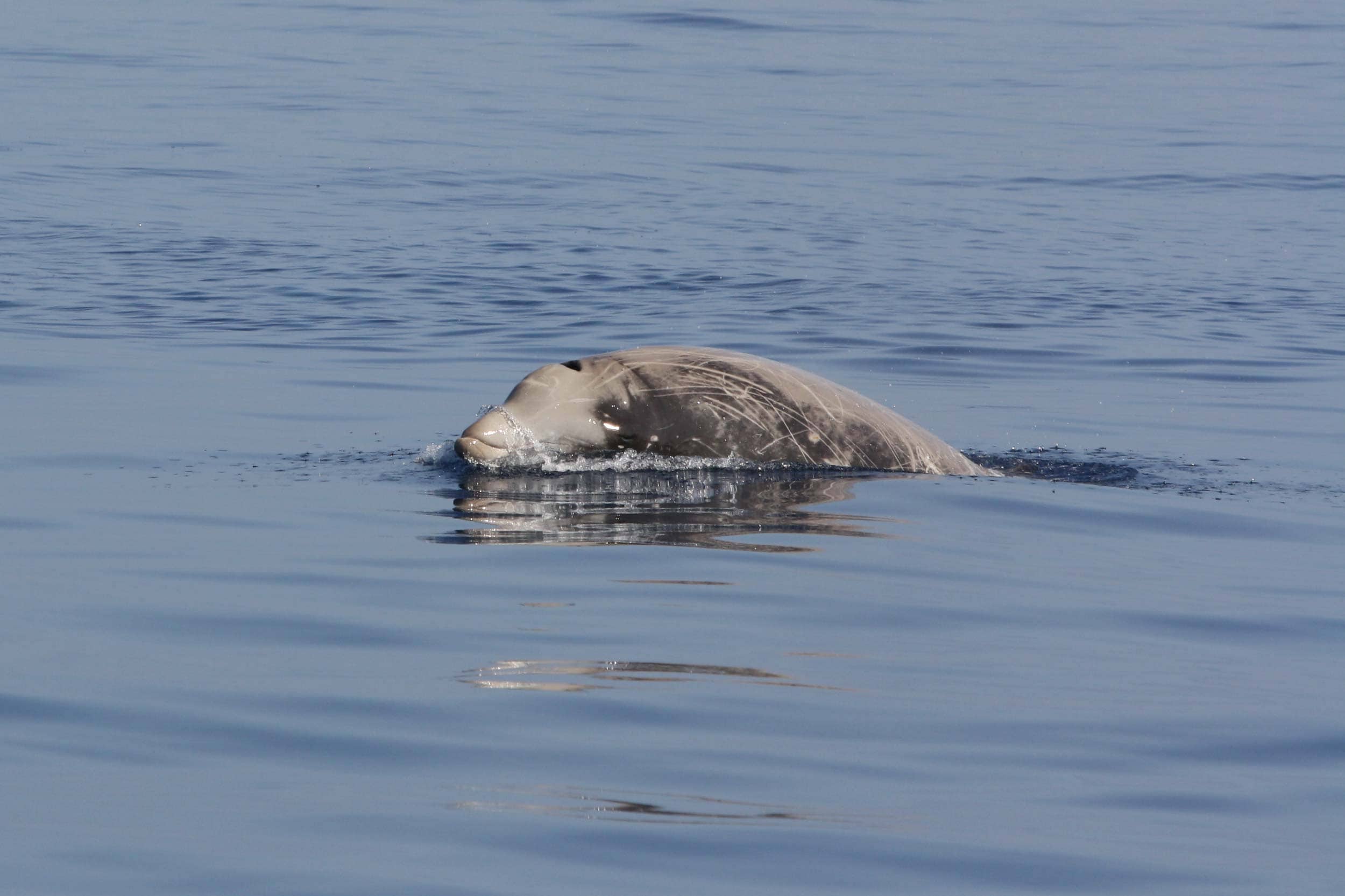 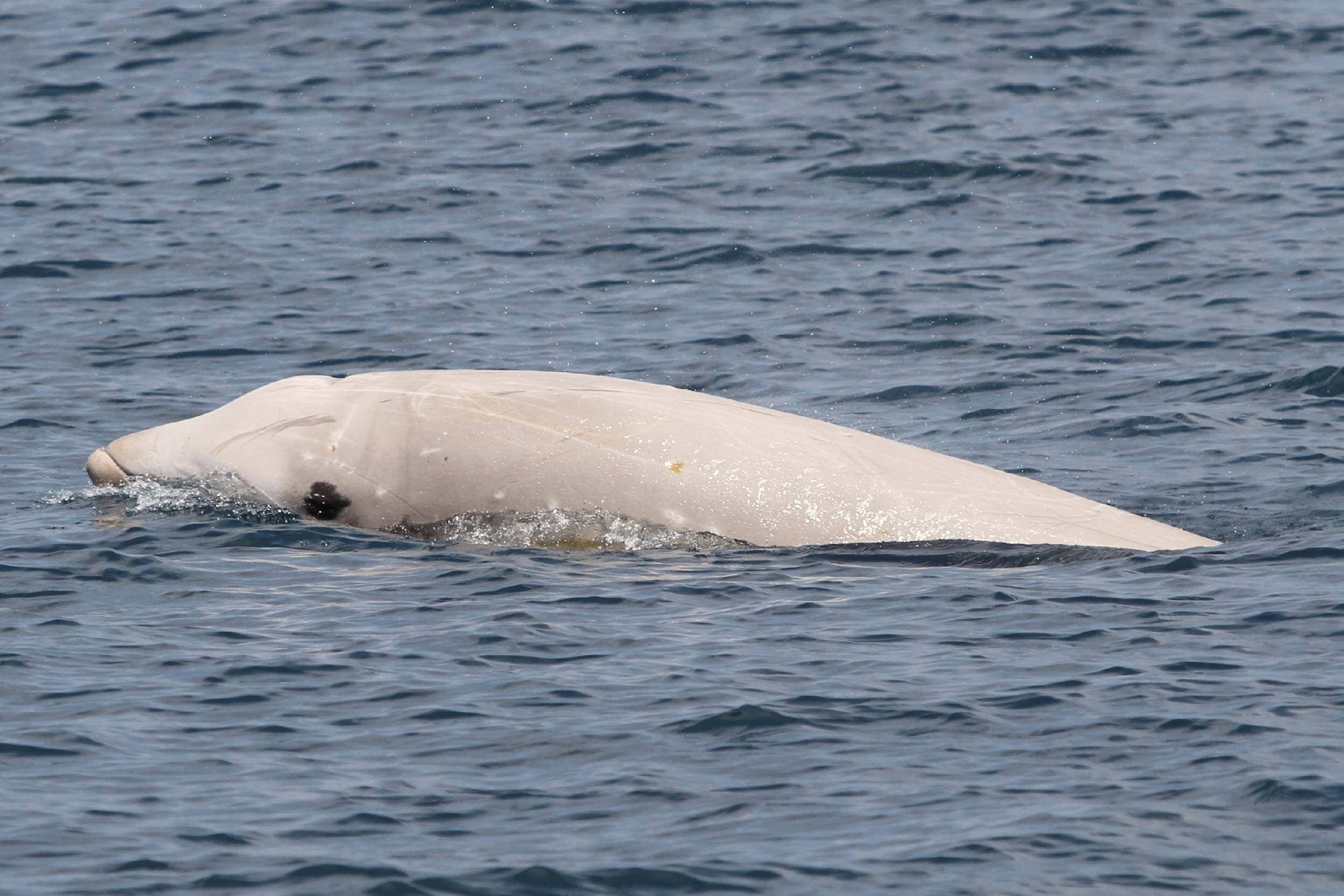 The Cuvier’s beaked whale is a rather robust animal that can measure up to seven metres in length. It has a slightly bulbous melon (forehead), no prominent beak and a small curved dorsal fin. In adult males, two forward-pointing teeth can protrude from the tip of the lower jaw, visible when the mouth is closed. There is a slight depression in the body beneath each pectoral fin, known as the ‘flipper pocket’. Colouration is predominantly dark grey, but with a pale grey melon, light coloured lower jaw and pale patch from the melon to the dorsal fin. There is a pale grey chevron marking under the chin. Oval scars caused by parasites or predators are common in older animals as well as linear marks due to intraspecific fighting between males. This tends to be a quite elusive animal and most of what is known comes from strandings data.

The most important threat for this species is likely anthropogenic noise, responsible for significant mortality in Greece and the Mediterranean Sea in general. 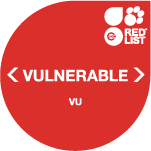