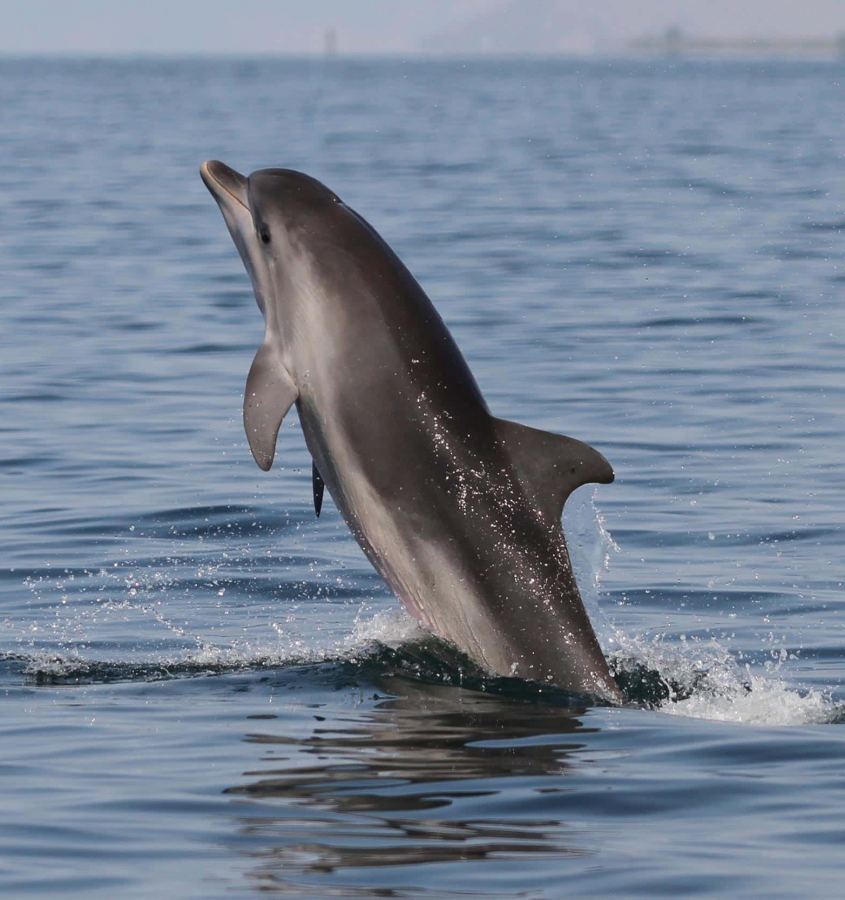 Marine mammal species we focus on

Research by Ionian Dolphin Project primarily concentrates on three species: the common bottlenose dolphin, the common dolphin and the Mediterranean monk seal. These two dolphin species are regularly found in the coastal waters of the eastern Greece, while monk seals are a far less abundant and elusive species. However, these are not the only cetaceans present in Greece.

The bottlenose dolphin, the cetacean species most frequently found in coastal Mediterranean waters, has been negatively affected in numerous ways by human activities. Until the 1960s, they were one of the main targets of culling campaigns, resulting in thousands of animals killed. In recent times, incidental mortality in fishing gear, prey depletion caused by overfishing, habitat degradation, boat traffic, noise, and health effects caused by pollution are important threats. Mediterranean bottlenose dolphins are currently classified as Vulnerable in IUCN Red List.

Once one of the most abundant cetacean species in the Mediterranean Sea, common dolphins have declined throughout the region since the 1960s. In 2003 their Mediterranean population was classified as Endangered in the IUCN Red List. The causes of their generalised decline include prey depletion by overfishing and incidental mortality in fishing gear.

After having been considered Critically Endangered for almost two decades, the status of Mediterranean monk seals, was downlisted in 2015 to Endangered in IUCN’s Red List, based on the observation that seal concentrations in specific locations within the species’ range (i.e., Madeira, Mauritania and some portions of the Aegean Sea) had been stable in numbers, and even increasing. Monk seals from the Ionian Sea, which recent studies have outlined as being part of a subpopulation genetically distinct from Aegean seals, might still exist in a quite precarious state and might still qualify as Critically Endangered. Information about its numbers, ecology and threats is scarcer than for the Aegean, although pressure from fishing and tourist activities is quite high for Ionian monk seals.