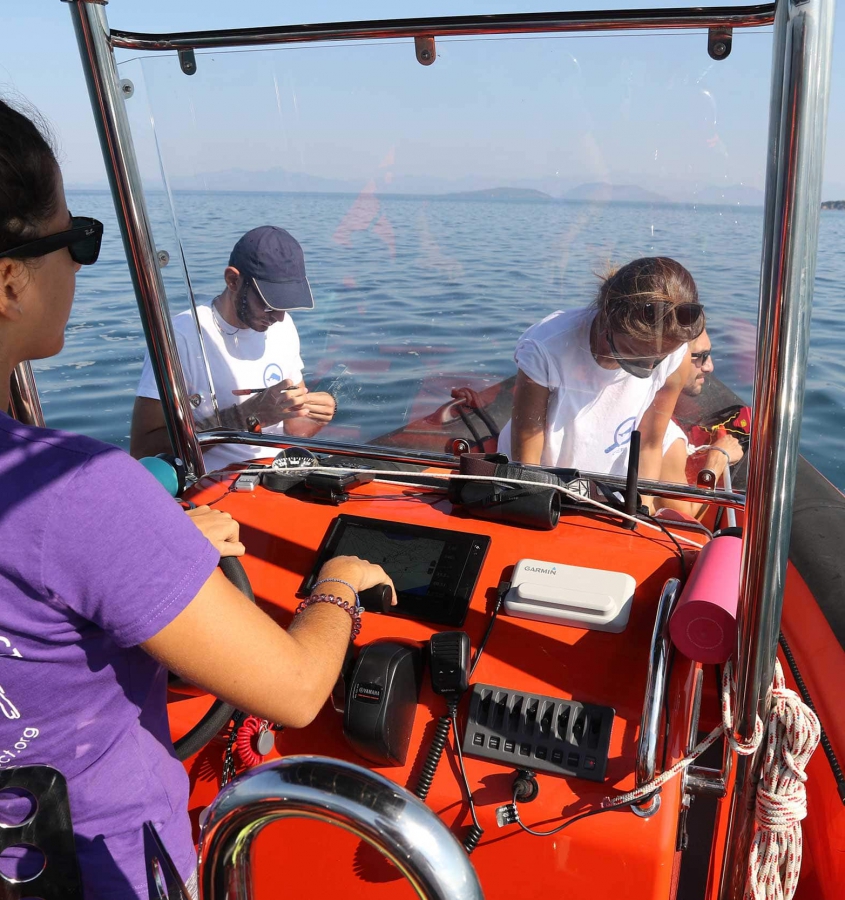 The research at the Ionian Dolphin Project is focused on the collection of data on our target marine mammal species in order to produce population estimates, investigate their distribution and habitat preferences, alongside studies on behavioural ecology and fisheries interaction.

Sea surveys to monitor marine mammals in the coastal waters of Greece are conducted from our 7-m long inflatable boat with fibreglass keels, equipped with a 200HP outboard engine.
Individual photoidentification is used to catalogue individual dolphins and obtain information on their abundance, movements, habitat use, social organisation and reproductive success. The group size and behaviour of the dolphins is recorded during long-lasting observation sessions and analysed by means of GIS software. Photoidentification is also applied to Mediterranean monk seals; during our behavioural observations their positions are recorded at regular 1-min intervals on the GPS plotter installed onboard.

Marine species including sea turtles, tuna, mobulas, swordfish and seabirds observed during the surveys at sea are also recorded. Dead dolphins found stranded or adrift in the study area are inspected, and causes of death identified whenever possible. Biological samples are taken for further investigations. Occurrence of dolphin bycatch in fishing gear is also recorded.

The project includes investigations aimed to assess the interactions between marine mammals and fisheries.

Our 30 years of research effort in this part of the Mediterranean would have not been possible without the contribution and efforts of many. Over these three decades, about 100 collaborators, some of them currently leading their own projects and marine conservation organizations, worked enthusiastically to make the IDP the project it is today.

See list of scientific papers based on, or including, research conducted by Tethys with the Ionian Dolphin Project.

Please note that this list does not include work done by Tethys in other areas.