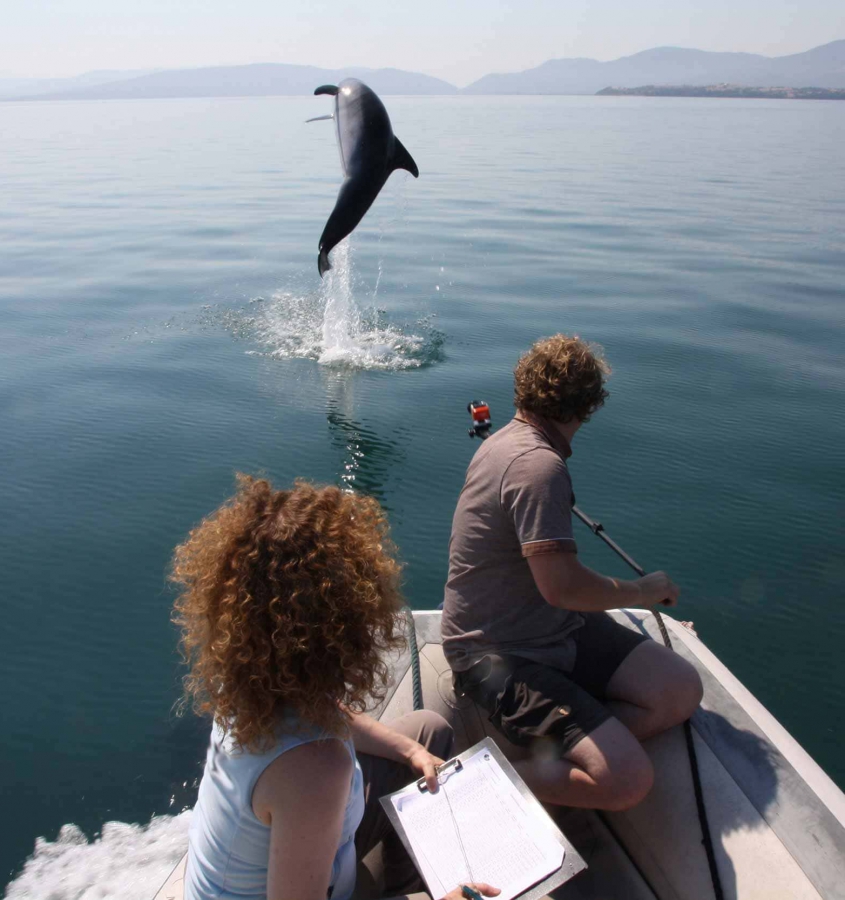 Since 1991, the Ionian Dolphin Project aims to ensure the long-term viability of marine mammals living in coastal waters of the eastern Ionian Sea.

Dolphins and Mediterranean monk seals inhabiting the coastal waters of Greece are facing significant threats. Some of them must deal with increasing human encroachment, while others have disappeared altogether from portions of their former range.

Tethys Research Institute is providing support to conservation efforts, through actions including:

The coastal waters of Greece still harbour a remarkable diversity of marine mammal fauna compared to other parts of the Mediterranean. Yet, such richness is decreasing due to degradation of the marine environment and other human-driven impacts. We conduct research and conservation activities aimed at identifying measures to slow-down, halt or reverse such trends.

While today’s abundance of whales and dolphins is likely only a fragment of what it was a century ago, important populations still live and reproduce in the Greek seas. Ensuring the long-term survival of healthy dolphin populations must become a priority, as advocated by the EC Habitats Directive and the Marine Strategy Framework Directive and consistent with national commitments to preserve cetaceans and marine biodiversity.

In the past few years, we are also dedicating significant effort to address the threats posed to the Mediterranean monk seal and its core Ionian habitat. The present condition of this endangered species is at the same time very exciting (due to unprecedented and increasing numbers of sightings) but in parallel very worrisome due to an urgent need to mitigate disturbance in the seals’ critical habitat.